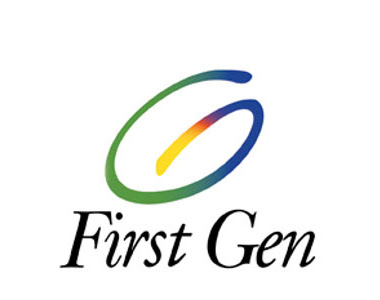 First Gen CorporationFirst Gen Corporation reported recurring net income attributable to equity holders of the parent of $84 million for the first semester of 2017. This was moderately lower by 4% compared to the $87 million it earned last year. The company’s merchant power plants partially recovered from the losses reported in the first quarter with higher electricity prices at the Wholesale Electricity Spot Market in the second quarter.

The company’s attributable net income for the first semester of 2017 was $58 million. Attributable net income was lower than recurring net income by $26 million due to the one-time effect of the break funding costs incurred as a result of the $500million refinancing of Santa Rita’s long-term debt in May 2017 as well as the premium paid for Energy Development Corporation’s (EDC) partial buyback of its dollar-denominated bond, among others. All these initiatives are in line with the company’s program to deleverage and reduce its foreign currency debt exposure.

First Gen’s consolidated revenues from the sale of electricity increased to $851 million for the first half of 2017 compared to $804 million for the same period last year.

The natural gas portfolio accounted for $490 million, or 58% of First Gen’s total consolidated revenues. Their revenues were 11% higher for the first semester of 2017 mainly due to the fresh contributions of the 97-MW Avion Peaking Power Plant and the 420-MW San Gabriel Flex Plant, though partially offset by the lower combined dispatch of the 1,000-MW Santa Rita and the 500-MW San Lorenzo power plants at 69% in the first semester of 2017 versus 84% in 2016.

The total recurring earnings contribution from First Gen’s natural gas portfolio decreased by $11 million to $48 million in the first half of 2017 due to lesser volumes of power sold year-todate. San Gabriel did not operate during the 20-day Malampaya outage in February, while all of the gas plants temporarily halted operations due to the earthquake that hit Batangas in April.

The 132-MW PantabanganMasiway hydroelectric plants’ revenues decreased by 32% to $22 million, or 3% of First Gen’s total consolidated revenues. As expected, FG Hydro registered a decline in revenues of $11 million for the first semester of 2017 upon the expiry of its ancillary service contract in February 2017. Consequently, the recurring attributable earnings contribution of FG Hydro was lower by $4 million at $7 million in the first six months of 2017.

“As one-off events like the Batangas and Leyte earthquakes affect our revenues this year, our power plants have proven resilient by finding ways to deliver power to consumers despite these trying events. We look forward to a better second half as initiatives like our debt reduction program, the EDC tender offer of Macquarie and GIC of Singapore, and the contracting of San Gabriel’s output fall into place. This is a positive period of transformation for the company,” First Gen president and COO Giles Puno said.