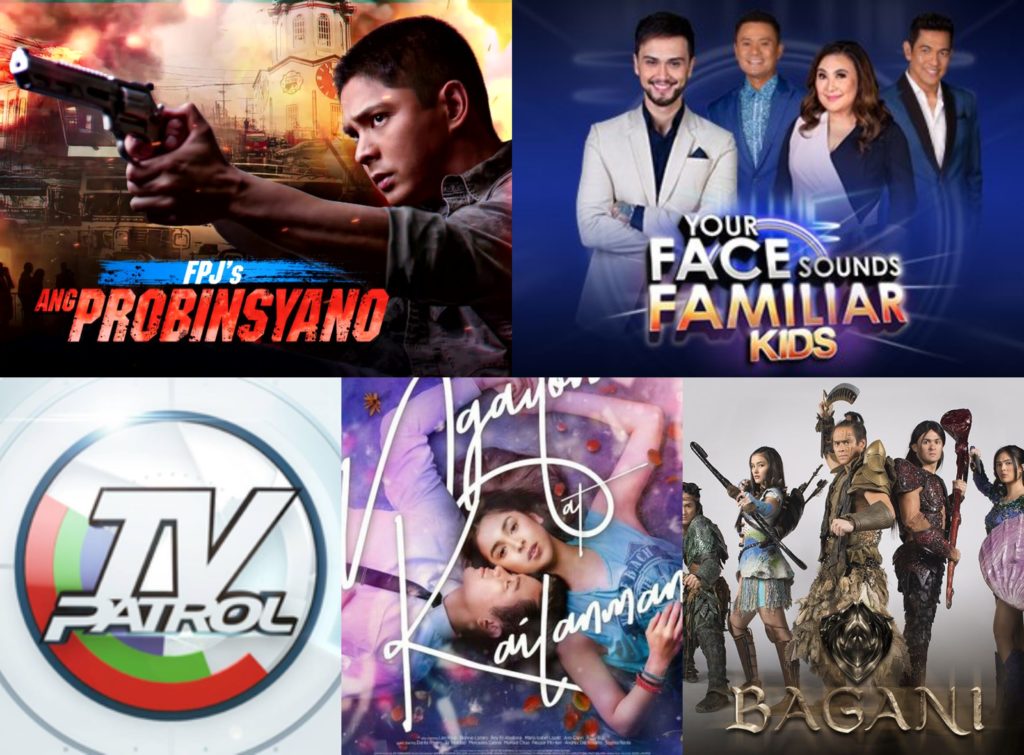 The countrys most watched programs in August 1ABS-CBN’s TV offerings continue to draw more viewers nationwide as the TV network launched three new top-rating shows and ruled in national TV ratings in August with an average audience share of 44% or 12 points higher than GMA’s 32%, according to data from Kantar Media.

The Kapamilya network remained victorious in both urban and rural homes, particularly in Metro Manila where it recorded 41% versus GMA’s 28%. ABSCBN also ruled in Total Luzon with 40% compared to GMA’s 36%, in Total Visayas with 51% versus GMA’s 26% and in Total Mindanao with 52%, beating GMA’s 26%.

ABS-CBN ruled across all time blocks, particularly in prime time, as it scored an average audience share of 48% or a 16-point lead against GMA’s 32%. The prime time block is the most important time of the day when most Filipinos watch TV and advertisers put a larger chunk of their investments in to reach more consumers effectively.

The Kapamilya network also led the morning block with an average audience share of 41% versus GMA’s 32%, the noontime block with 43% compared to GMA’s 33% and the afternoon block with 43%, beating GMA’s 36%. (Story/Photos by: Kane Choa)