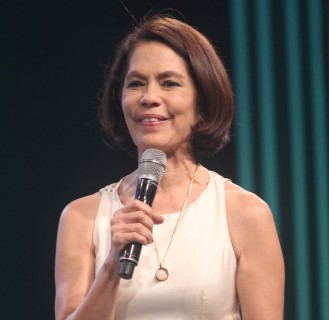 Lopez was offered the position during a courtesy call at the Presidential Guest House in DPWH Panacan Depot, Davao City.

Lopez said she only met with Duterte to raise some concerns about the mining industry in the Philippines.

“I just wanted to give him some ideas, then he offered the position. Nagulat na nga ako eh. Sabi ko, ‘Sir, alam mo magiging controversial ako,’” she told ABS-CBN News.

Duterte considers the DENR post one of the most important in his Cabinet as he seeks to end destructive mining in the Philippines.

Lopez became an anti-mining advocate after the death in 2011 of radio commentator Dr. Gerry Ortega, who also served as project manager of Bayani- Juan Sustainable Ecotourism in Palawan.

Only a year earlier, Lopez had seen for herself the mine sites during a helicopter ride with Ortega. These were “essentially enormous holes in the ground framed by thin outer greenery, or what was left of trees and other forest vegetation.”
“I was horrified,” Lopez told LopezLink in 2012.

“When he (Ortega) died, I decided to take it (anti-mining issue) on. The more I saw, the more I knew, and the more determined and committed I became.”

According to LopezLink, Lopez proposes ecotourism as a sustainable enterprise in Palawan and other islands. Tourism has a positive spillover effect in the agriculture and transportation industries while protecting the environment.

She believes her campaign is consistent with her grandfather Eugenio H. Lopez Sr.’s (EL Sr.) advocacy. The founder of the Lopez Group was a staunch nationalist who wrote essays espousing the use of the country’s natural resources for the benefit of all Filipinos, and the progress of the Philippines.

“The country’s natural resources should be used for the benefit and progress of all Filipinos. That doesn’t happen with mining. The foreigners and big businessmen are making money while our people suffer. I know my lolo (EL Sr.) and my dad (the late Eugenio Lopez Jr.) would have supported me 1,000%. They love this country and its people. The same spirit that moves me would have surely moved them. Our country will not prosper if we continue to allow its rape by greed and selfishness. My lolo and dad were courageous and brave. I emulate their spirit to do (what’s good) for the future of this country.” 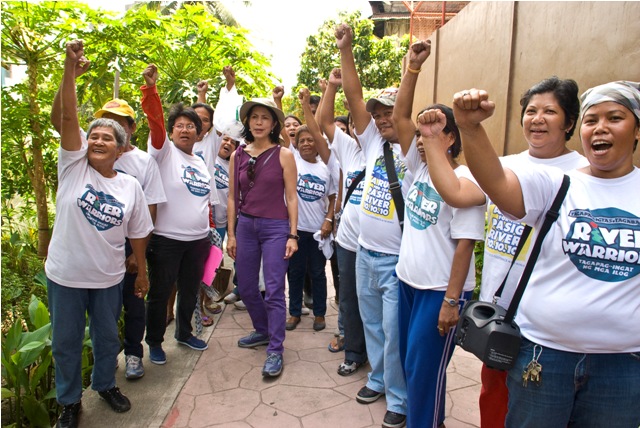 ABS-CBN Foundation managing director Gina Lopez with the River WarriorsPrior to her appointment as DENR secretary, Lopez was appointed Pasig River Rehabilitation Commission chief by Pres. Benigno Aquino III in 2010. The agency, which is under the DENR, is mandated to clean and rehabilitate the Pasig River.

Meanwhile, ALKFI expressed its support for its chair.

In a statement, ALKFI said Lopez’s accomplishments prove her dedication and passion to protect the environment.

“Gina Lopez’s laudable and pioneering efforts in rehabilitating the La Mesa Watershed, in restoring the Pasig River through cleaning the esteros and in launching the ecotourism sites in the 13 provinces all over the archipelago are testament to her dedication and passion to protect, conserve and promote the environment.”

The foundation also wishes Lopez luck in her new role as DENR secretary, and hopes that her term will yield positive effects on the environment.

“We wish our Chairman the best as she leads the DENR in the next six years in bringing about positive change towards the management, conservation and the utilization of our environment and natural resources to support the country’s sustainable and inclusive development. ” (Excerpted from news.abscbn. com and LopezLink Online)